As the building blocks of electronic devices and the digital world, the faster the transistors perform and more energy efficient they become, the happier businesses and individuals are. The fundamental physical limits of current transistor technology —, and how to extend them or even transcend them through the development of new materials and devices — is the focus of researchers within the SRC-STARnet Center for Low Energy Systems Technology (LEAST), a consortium of ten universities led by the University of Notre Dame.

A paper written by a team of researchers from LEAST and appearing in the August 7, 2015, edition of the journal Nature Communications shows promising options for the development of novel hybrid-phase-transition field–effect transistors (hyper-FETs) that offer high performance at room temperature using very low voltages.

Led by Suman Datta, a professor of Electrical Engineering at Pennsylvania State University and visiting professor in the Department of Electrical Engineering at the University of Notre Dame, the team harnessed the abrupt resistivity transformation across the insulator-to-metal transition in vanadium dioxide (VO2) in the design of a hyper-FET. This novel transistor exhibits gate controlled steep and reversible switching at room temperature, demonstrating unique possibilities for more energy-efficient logic and memory applications, which include a smaller device footprint, reduced self-heating effects and lower power requirements. 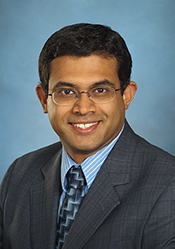 In short, the team used knowledge developed from their work with metal-oxide-semiconductor field-effect transistors (MOFSETs), the workhorses of current computation, and used it to create a hybrid “racehorse” in the hyper-FET that was demonstrated. The abrupt switching of the VO2 in this transistor is what amplifies the internal voltage, enhancing its performance. Their work was funded by LEAST and by a Basic Research Challenge grant from the Office of Naval Research.

“We are very excited that we could harness the unique phenomenon of abrupt phase transition in oxides and couple it to semiconductors to demonstrate these steep switching transistors,” said Datta. “Steep switching transistors can dramatically reduce the overall power consumption in future electronic systems and enable new applications such as the internet of things (IoT) and self-powered health monitoring and environment tracking systems.”

In the next phase of the study the team will integrate the oxide and semiconductor monolithically on the same chip and study the scaling properties, long-term reliability and manufacturability.

LEAST is pursuing four research themes that can lead to more energy-efficient integrated circuits and systems. Datta, who will join the University of Notre Dame as a chaired professor full time in January 2016, leads the LEAST Theme 3 team in the exploration and development of transduction based steep slope transistors like the hyper-FET. His team continues its work to understand and demonstrate steep slope tunneling devices across a variety of materials, including 2D dichalcogenide crystals, ferroelectric dielectrics and complex oxides exhibiting phase transition.

For more information on LEAST and the hyper-FET, visit least.nd.edu.

Originally published by Nina Welding at research.nd.edu on September 09, 2015.